What has 86.5 miles and will take up an excessive amount of my time this weekend?

An EPIC weekend of endurance racing, that's what!


Why am I racing so much and packing so much awesome and selfishness into one weekend?  Because I can and my family is tolerating it.  :)

Not to make light of the stress it puts on my family, but for some reason this has been the case for the HH Run and LEGENDS Free State (Formerly IM 70.3 Kansas) since they started the 70.3 race in Lawrence.  It's lined up pretty much the same weekend.  A couple of times they were offset by a week, but mostly the same weekend.

I have been running HH in one form or another for the past 10 years, so it's basically a tradition at this point.  I can't mess around with tradition and HAVE to keep the medal collection going, right?

This will be 70.3 Triathlon number 8 for me.  First time not as a part of an IRONMAN branded 70.3.  I raced this event in the 100 mile version last year after the 5k and half marathon and it was a suffer fest.  More for the mileage leading up to IM Boulder than anything. 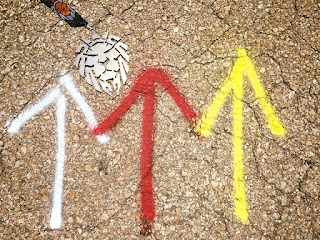 I figured they had good early bird pricing and I know the course, so why not.  But, I'm definitely not up for another 100 miler with a new baby and a new job.  I would like to be able to walk the week after.

Contributing factors to deciding to race all events:

So, stay tuned for a race report that may or may not be posted in a timely fashion before the next race.  How will it go?  Will I make all the events?  2013 I skipped the half with cold, rain and had the two older kids with my wife working that weekend.  I didn't feel it was exactly nice to drag them out of bed and run the race in the rain with them.