Next up, Kansas City Triathlon


The 2016 endurance season marches on after a successful Rock the Parkway Half Marathon outing. Yes, I’m guilty of no race recap, but hey, I’ve been busy.


Summary – new Half PR at 1:29:32, killing the old PR by 6 minutes. Setting the bar for the 2016 season rather high. It was a suffer fest from start to finish with only ONE pee stop during the race. 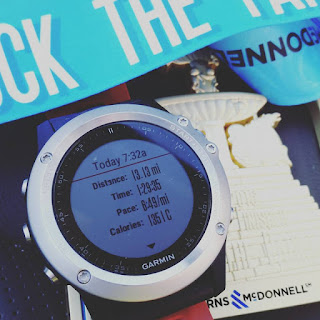 Now this Sunday is triathlon 1 of the 2016 season. I’ve raced the Kansas City triathlon 4 times with the best time being 2:36:23 in 2012. I raced it last year, and it was cold and windy and not the best outing. I’m hopeful of a stronger bike performance and riding the strong run showing from Rock the Parkway to a new PR. Sub 2 hour? Probably not. Sub 2:30, maaaayyybbbeee, but no guarantees.


Right now we’re looking at wet conditions and temps in the 60’s. Reminiscent of the 2014 Ironman Lake Tahoe, minus snow and freezing temperatures to start the race.

I’m debating what gear to bring. Jackets and gloves for the bike to stay comfortable and give up some aerodynamics, or wet tri gear and go all out and freeze to death. Choices choices.


Check out my thoughts on race day prep and let me know what you think! Add stuff? Take away stuff? Expand on stuff??