Off the beaten path with @Garmin and #CIQSummit17

It's not every day you get a chance to hang with the top gadget geeks and fitness app developers...


But these past few days I have done just that.

There's content way over my head since I'm more on the user end and in coaching endurance athletes, but Garmin has contributors from Uber to Strava to Joe Blow making apps in his kitchen as a hobby.

I would not have known this was going down unless reading DC Rainmaker's blog a few weeks ago.

It was a no brainer.

I live in Olathe, KS, 1.5 miles away from Garmin HQ and conference location.

I live by my Garmin devices.

I know a lot of Garmin employees.

I'd squeal like a school girl if I was an employee in the fitness group at Garmin.

So for 2.5 days I lived vicariously through the conference pretending I was a player in the app IT space and lived the Garmin lifestyle.

Well, I didn't really pretend, I was up front on my background, but I am astute on the tech side caring about the how's and why's about the devices and the open ended-ness that the Connect IQ platform offers for all developers wanting in your Garmin device.

They are dedicated to the Connect IQ platform for developers which means more options for end users to get the data they want... be it your best bike split or when you're Uber ride is coming to pick you up for the race start.

I'll skip boring people with the IT side, you can read that at DC Rainmaker for specifics, rather I'm going to share what I found exciting and awesome. 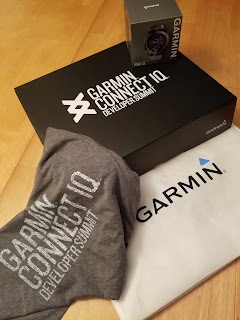 If it's got fruit, it must be healthy... and I need to sign up for more marathons.  They treated us well to say the least. 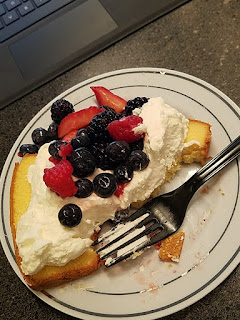 There was some nostalgia talking about the first Garmin Forerunner 201... coming out before the 101, but I remember those days and was hooked on run data from that first day on. 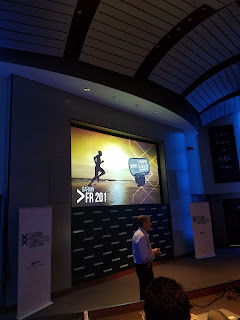 I remember when I was looking at an upgrade from the 910XT.  The choices were the 920XT and the Fenix 3.  At the time the Fenix came about for the hiking crowd, but knowing Garmin people and hearing the head of the Fenix product line here at the summit, it's obvious that the Fenix line is much more robust and can quench the thirst of true numbers, data and app geeks.  Looking forward to breaking into the 5X! 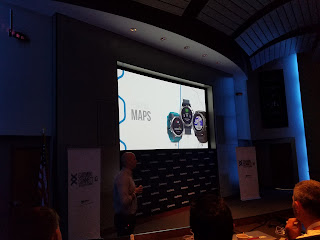 For developers wanting in on Garmin devices, it doesn't get much better than hearing from the inventor of Connect IQ, Nick Kral. 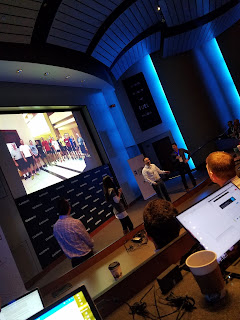 After venturing into smart trainers with the CycleOps Magnus, I've been trying to catch up to the curve using smart trainers.  I'm on Zwift and making gains in indoor cycling, but I feel that I'm only scratching the surface.

The product manager for the Edge series bike computers got me looking into Edge units and I think there's an opportunity to be had for controlling smart trainers and Garmin Edge units.  The 520 appears to be the only unit that can control smart trainers, and it may be my way to break into a new level of indoor training.  With 3 kids, a commute to work and minimal bike training options that work for time, I find myself working a lot indoors on the bike and they are pushing developers to get in with the Edge line. 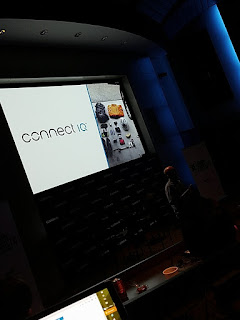 Overall it's been a great experience and I'm glad I got in as a non-developer.  It fuels my gadget geek side and a nice diversion from the daily grind!

Email ThisBlogThis!Share to TwitterShare to FacebookShare to Pinterest
Labels: TIPS and HACKS